Any attempt to describe how Pioneertown came to be the way it is has to square a pair of contradictions: Pioneertown is a real place created to tell fake stories, and a fake place inhabited by real people.

Founded in 1946 by a group of Hollywood personalities including cowboy actors Dick Curtis and Russell Hayden, Pioneertown was always intended to be both a temporary filming location and a permanent western themed residential and commercial community. Surrounded on all sides by basalt buttes, rock piles and joshua trees unique to the high desert, this consortium of actors chose the site using familiar Hollywood criteria – they picked it based on its looks. Dozens of productions, notably the Gene Autry Show, The Cisco Kid, Annie Oakley, and the Adventures of Judge Roy Bean, made use of Pioneertown’s picturesque Mane Street structures and surrounding landscape. Local watering holes like the Golden Stallion, The Pioneer Bowl and the Red Dog Saloon played host to a colorful and sometimes unruly assortment of celebrities and locals. Pioneertown was always both a set and a city: homes and business served as backdrops for filming, and film production served as the backdrop of the community.

Waning film production did little to change the town’s character, as residents and property owners maintained and added to the town’s western themed center. Poor water quality squashed plans to expand and commercialize the town in the 1960s, and then ultimately caused the county to essentially prohibit new construction in 1994 until the water problem could be solved. These infrastructural and economic challenges, along with the efforts of the Wildlands Conservancy froze the valley in time through the present day – a 1950s version of the 1880s. Today, quirky businesses continue to dot the town’s historic district, visitors swarm Mane Street for photo opportunities on weekends, and a permanent group of equestrians, retirees, visionaries, artists, musicians and entrepreneurs continue to make up Pioneertown’s several hundred residents.

Ernie and his wife Carol owned and operated the Pioneertown Motel for several years. Ernie became both a local and worldwide Pioneertown Historian and resource. He was the “go to” person not just for local knowledge of Pioneertown but his vast, detailed and factual knowledge and stories covered everything about those involved in making western movies in Pioneertown. He always made time to share his knowledge of all things western and his love for Pioneertown.

He loved performing and earned recognition for his acting and technical support with Alice and Friends and The Last Posse. Enie also had a role in the 1995 production of the 7th and last Howling series, New Moon Rising, filmed in Pioneertown. 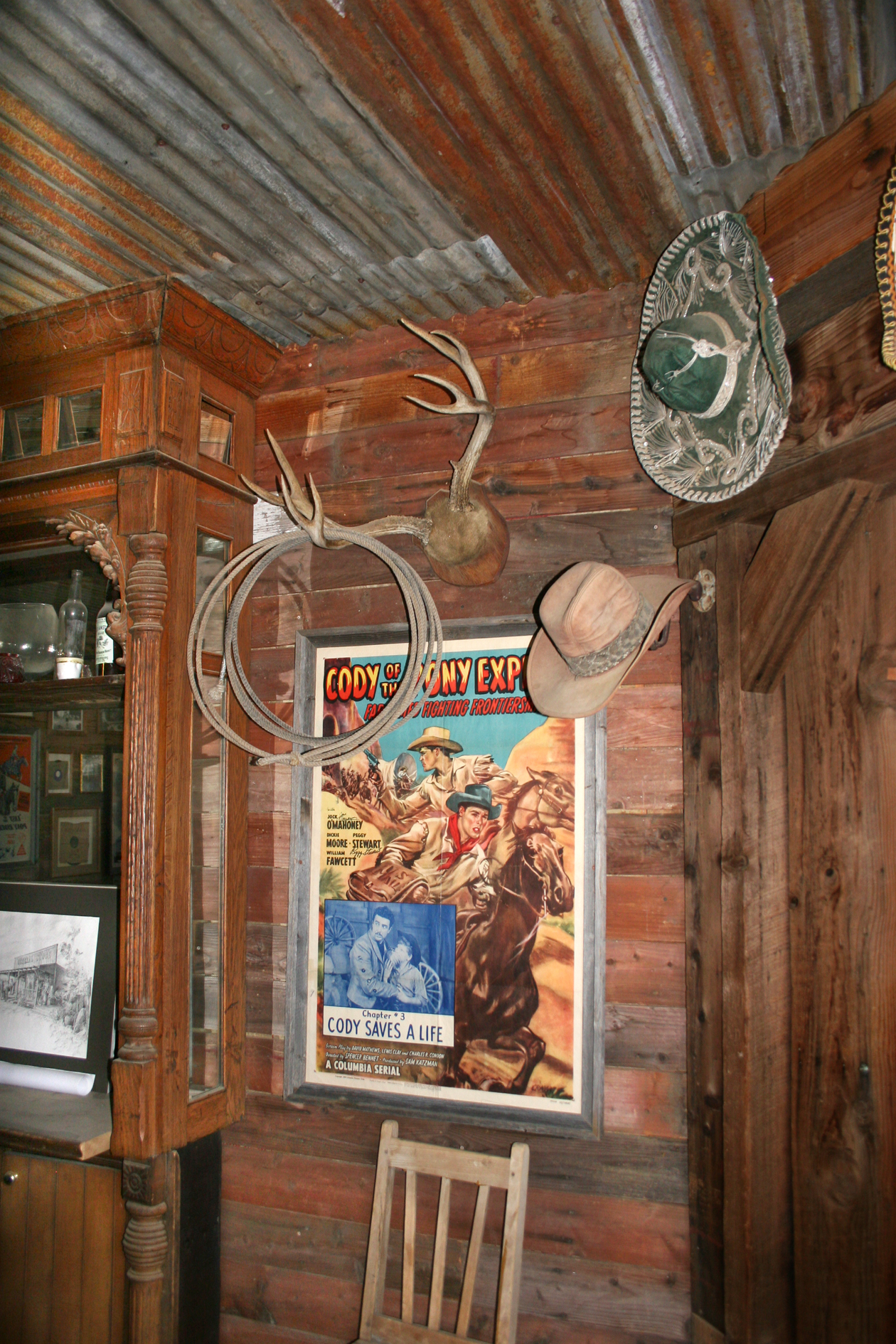 Support the Friends of Pioneertown as we celebrate and protect Pioneertown's complex and entirely unique history.